Back in March 2013 while Dinosaur Jr were on tour in Australia, J stopped by the shop to play an intimate and very loud instore as his alter ego Heavy Blanket. Bringing heavy psych, guitar solos and noise, lots of noise together in an amalgam of pure music it was the first time anywhere that Heavy Blanket had performed live. He enlisted the help of two friends, Graham Clise (Lecherous Gaze/Annihilation Time) to fill in on bass and Mikey Richards (Violent Soho) on drums as his original band had disbanded after recording their one and only full length album to date.
Bringing everything together on March 14th at Tym guitars in Brisbane, Australia the result was something to behold. The shop was packed and the stage was set up with over 300W’s of valve power just for J to wail through while Graham had fourteen 10″s speakers pumping out the bass.

The result is 25 minutes of volume and screeching Jazzmaster backed by a heavy, driving rhythm section. The show was professionally recorded to 16 track and captured for future generations to be in awe of. 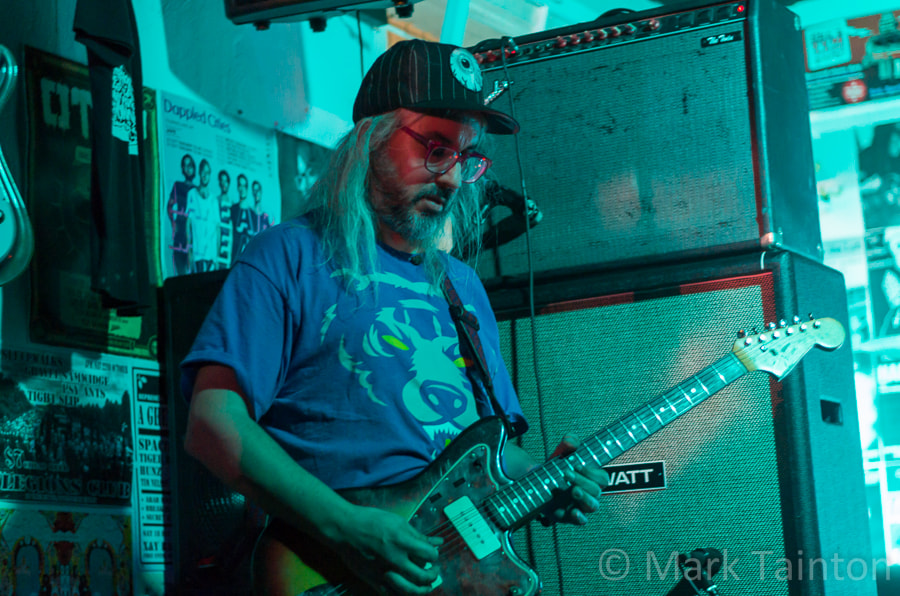 Heavy Blanket Live at Tym guitars is the first in a series of live instores to be transferred onto vinyl. This limited edition of 200 in purple and 200 in blood red 12″ EP featuring No Telling No Trails and Blockhead from the Heavy Blanket album in considerably longer, jammed out versions. The album artwork is by Arik Roper (Sleep/High on Fire/Earth etc). Available from January 2014 through Tym records. Available in the US on import through Outer Battery Records.” – Tym Guitars