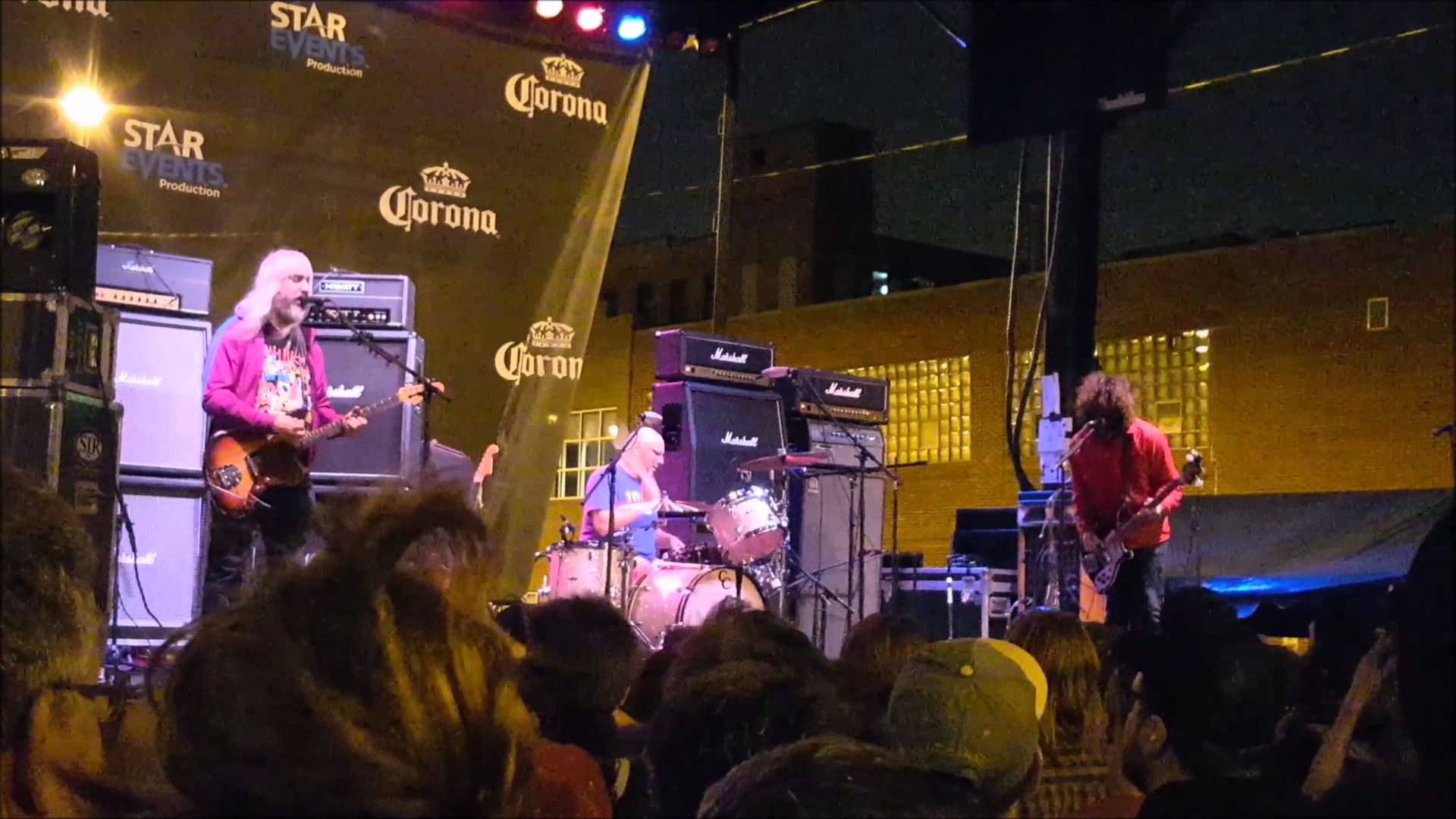 Dinosaur Jr played the Taste of Randolph in Chicago this weekend and Otis Bperiod was kind enough to give us more behind the scenes shots along the way. Among those shots was a mention of J playing a NEW Dino tune! This is very promising 🙂

J’s No.1 1963 Fender Jazzmaster his go to live rocker. The black pickup covers J put on, the knobs with purple jewels also a Mascis little Twist. The action is set high as he prefers it. This has been his main Jazzmaster for a while now. @dinosaurjr @jmascis #jmascis #fenderjazzmaster   A photo posted by —( ????™)— (@otisserie) on Jun 20, 2015 at 12:50pm PDT

Here's where the baking begins J's mothership control center. The shralp, the blend, the swirl and the Gnar all at the feets from finger to flanger. The only thing I see that's new on his board is a little red Mooer Ana Pedal. The rest is all tried and true faves. Photo By O. Dinosaur Jr, Chicago, IL. @dinosaurjr @jmascis #dinosaurjr

2nd photo in the “Chicago Sign Series” Lou Barlow poses for a “1 photo and 1 photo only” and once again, the words say it all! next to the stage Dinosaur Jr will rock tonight at “Taste Randy” fest.. Chicago, IL Photo By O. @dinosaurjr @loubarlow #loubarlow

Graham Clise ripping guitarist of Lecherous Gaze and Guitar tec for J Mascis poses for a “1 photo and 1 photo only” my friends the word says it all! Downtown Chicago Il, Photo By O. @lecherousgaze A photo posted by —( ????™)— (@otisserie) on Jun 18, 2015 at 6:11pm PDT

* This one is not from Chicago but another rad shot as per usual from O.

Some kind souls have also shared some video from the show which I you can watch here.

New Dinosaur Jr on the way and video from Taste of Randolph Festival http://t.co/RNh1YJRKvG

RT @FreakSceneNet: New Dinosaur Jr on the way and video from Taste of Randolph Festival http://t.co/RNh1YJRKvG

I was there, fist time I’ve seen them outdoors! It was amazing, they killed it! From start to finish a badass show as ususal.

I was there it was a great show but they only played an hour. Another 30 minutes of that would have been awesome.