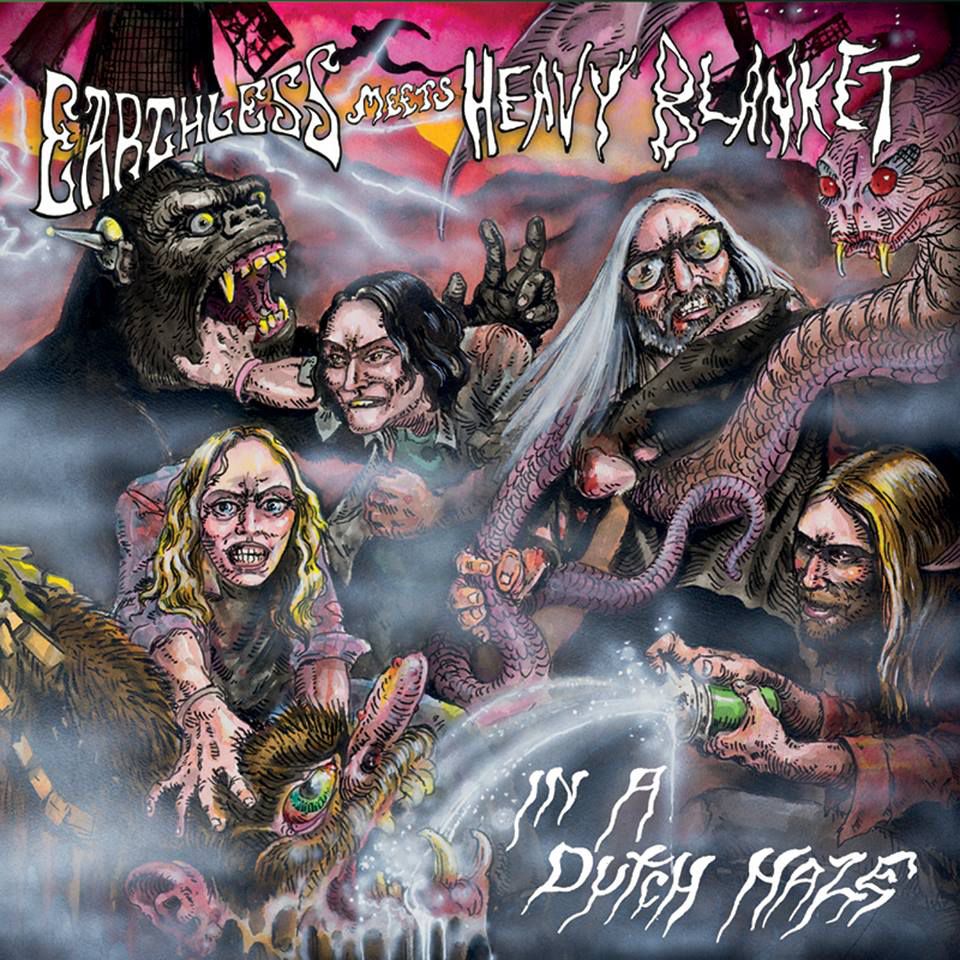 The fine folks at Outer Battery Records have announced a new release called Earthless Meets Heavy Blanket – In a Dutch Haze will be released on July 8th 2014. This recording captures a live set that was billed as Heavy Jam at Roadburn 2012. J Mascis,  Mario Rubalcaba (drums – Earthless), Mike Eginton (bass – Earthless) and Graham Clise (guitar – Witch / Lecherous Gaze / Sweet Apple) joined forces for a brutal live psychedelic jam that took absolutely no prisoners. While fan recordings have surfaced this will be the first time a soundboard recording of this has been made available in its entirety.

Heavy Jam @ Roadburn 2012 Poster
This is a 24 track recording of the whole set that is almost a full hour of shredding. Earthless Meets Heavy Blanket – In a Dutch Haze will be available as a CD, Double LP (in 2 different colors) or digitally.  The artwork was done by the very talented Tim Lehi.

You can order it at Outer Battery Records

You can watch almost the whole gig in the video archives along with the Witch set from the festival as well..