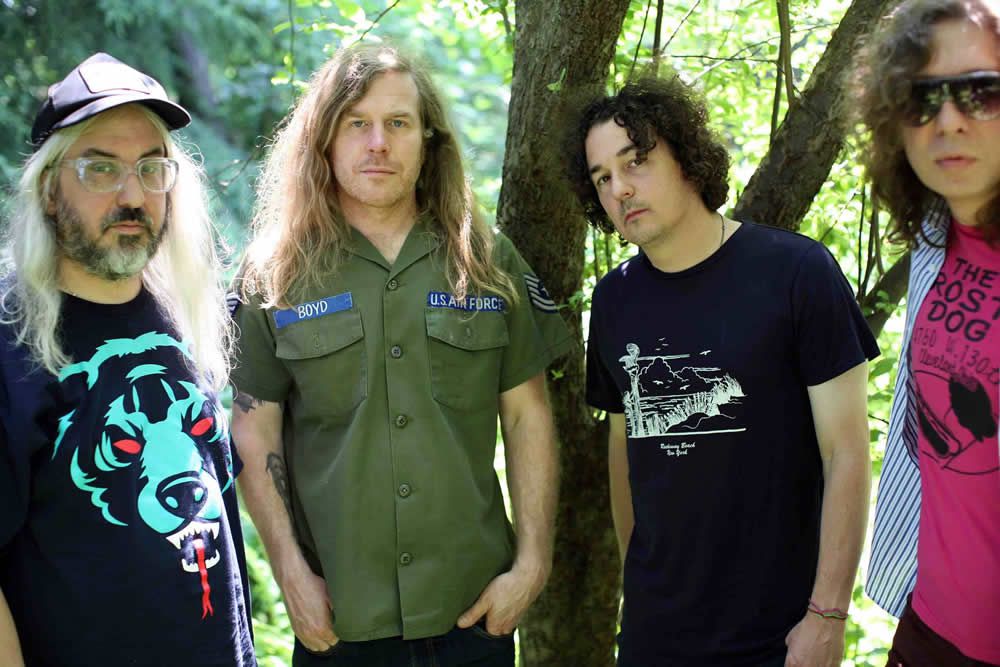 Watch the new Sweet Apple video for “Wish You Could Stay (A Little Longer)” from their upcoming album ‘The Golden Age Of Glitter‘. This is one of six videos they have already recorded for the release and they already have an entire other album recorded with 15 more songs. I am REALLY hoping for a tour out of this!

Wish You Could Stay (A Little Longer) video

Here is how John described the video:

“Still from Sweet Apple video for ‘Wish You Could Stay (a Little Longer)” .”

“It was shot from one coast to another, with the Midwest in between — connected with paper planes and cinema stunts. Dave in Chinatown; NYC. J working as a bored record-store clerk; Tim wander the beach in Cali; John at a hot-dog diner. Oh, a couple cameo by two good friends…”

This song is extremely catchy and it has gotten a lot of rotation since I got the single.It features guest vocals from Mark Lanegan.

‘The Golden Age Of Glitter‘ (TeePee Records) comes out April 8th and is available for pre-order now through iTunes & Amazon.

The “I Wish You Could Stay (A Little Longer)” single is available as a 7″ on Outer Battery Records or digitally on iTunes & Amazon.

Sweet Apple also covered Alice Cooper’s “Elected” & Anti Pasti’s “No Government” for a Outer Battery 7″ or you can get it digitally iTunes and Amazon.

The Golden Age Of Glitter

wish you could stay (a little longer)